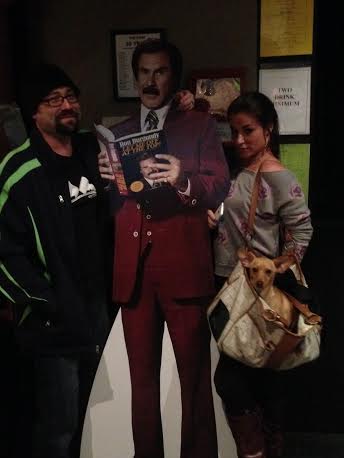 My sister is in town for the holidays! She was able to bring one of her dogs (the little guy…) home with her. His name is Henri, and he’s a Chihuahua Daschund mix who is very happy to be living in San Francisco instead of the shelter where he was born. He’s a little (okay, a lot) spoiled, as he accompanies my sister almost everywhere. See? 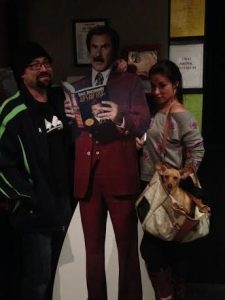 Henri the ChiWeenie is quite fond of his purse!

Last night, the whole family wanted to go out for karaoke to celebrate my dad’s birthday but my sister wasn’t keen on leaving Henri behind. Lucky for her, Hula Hula in Queen Anne is super dog-friendly.

This is actually surprising to me, because Hula Hula hosts karaoke 7 days a week. I just haven’t seen many dogs out at karaoke joints, ya know? But Hula Hula isn’t your average karaoke spot, either. They have a lot of space, industrial floors, and a tiki bar theme. Plus, there’s decent grub and a full bar.

I had seen dogs in Hula Hula before but never brought my own. That’s because one of my rules for bringing Mister Bondi along is not having more than a couple drinks. Incidentally, karaoke is most definitely a two-drink-minimum activity for me. So, yeah…

But sister was DD last night and she had no problem bringing Henri along. Here’s Henri the ChiWeenie enjoying the music: 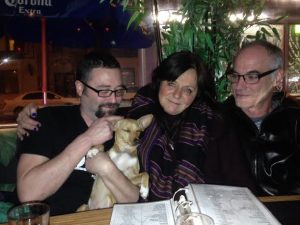 I wanted to share this amazesauce revelation with you all (a dog-friendly karaoke bar!?!?!) so I confirmed with Stephanie the bartender that, in fact, dogs of all sizes are allowed at Hula Hula. As per usual, dogs should be well socialized and leashed.

Official Dog Policy: Well-behaved dogs are allowed in the bar and on the patio on leash unless told otherwise by management.