Bailey was rescued from a Texas shelter where nobody wanted her in the aftermath of Hurricane Harvey. She made her way to a foster home with Dog Gone Seattle, and quickly had dozens of families wanting to meet her. The family who stood out as a perfect match hoped to train their new dog as an ESA (emotional support animal) for their son, Anton, who has high functioning autism. Family and dog were paired up, and Bailey is already living up to everything her family hoped for! 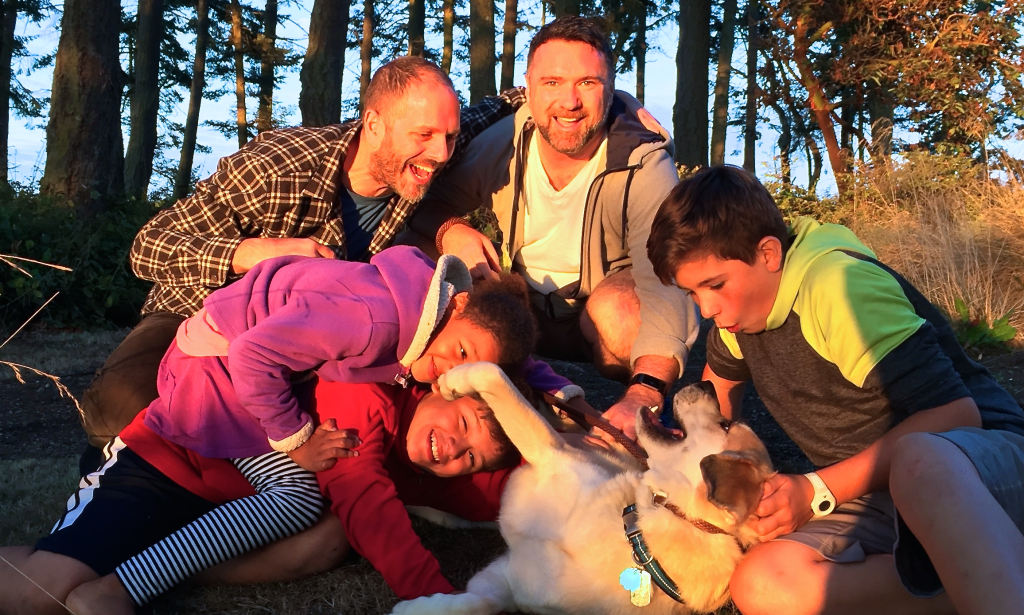 “Bailey has a calming influence on our son,” says dad Derek. “His anxiety is so much lower, and when it flairs up it’s not nearly as severe, nor lasts as long. And he’s had some of the easiest bedtimes in ages. Bailey is amazing.”

Turns out it’s not just Anton who is benefiting from Bailey’s love. “We are all so happy with her around,” says Derek. “She is a dream. Thank you for this awesome dog.”