Warning: Use of undefined constant sidebar_position - assumed 'sidebar_position' (this will throw an Error in a future version of PHP) in /home/doggones/public_html/wp-content/themes/kornio/functions/helper.php on line 195

A Note on Researching Dog-Friendly Seattle For those who have asked how I find dog-friendly establishments in Seattle that meet specific criteria (i.e. serve breakfast in Belltown), here’s a bit more information. If I don't know of an establishment that I have personally been to off hand, I typically start on BringFido which aggregates dog-friendly listings from various resources and crowdsourcing. However, as a general rule of thumb, I never rely on the restaurant listings as fact. Often times, listings are out of date and a restaurant no longer allows dogs. Also, a vast majority of listings are restaurants that allow dogs only…read more > 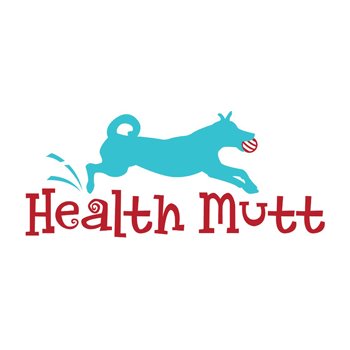 Have you been to the Health Mutt in Seattle? It's not your average pet store!  They carry a wide selection of healthy food and treats, and fun toys you won't find at Petco. Better yet, they host a Yappy Hour every Thursday evening from 5:30pm-7:30pm. This weekly event draws dozens of dogs for 10% off treats and chews, $8 nail trims, and yappy socializing. Oh, and appetizers and adult beverages for their people. 382read more >
So you have read about a dog-friendly Seattle restaurant and you want to go with your dog, but you're not sure it's such a good idea. You have only brought your dog to Norm's once or twice, where there's guaranteed to be a dog worse-behaved than yours. How do you know if you should bring your dog to a dog-friendly establishment? I recommend following a few of basic guidelines to make this decision. 284read more >

It's Halloween, err... Howl-O-Ween. That means it's your last chance to humiliate dress up your dog without people seriously judging you as a crazy person (until next year anyway).  First things first - Fido needs a costume! Never fear, if you don't have one, you can improvise!  241read more >
So what is Dog Gone Seattle all about? As someone who is deeply attached to my two dogs, Bondi and Homie, I hate to leave them at home every time I want to go grab a cup of coffee or a beer, or head to a local event. When I'm out and about, I often see people carrying around their little dogs in their purses wherever they go, but big dogs are much harder to hide, and most places don't allow dogs in plain sight. 1read more >
Good news for Seattle dog lovers: Seattle is dog crazy! According to Seattle Magazine, "With more dogs than children living within city limits, Seattle has officially gone to the dogs." This may seem preposterous, as most places you frequent on a regular basis like Starbucks or Safeway aren't exactly welcoming to our canine companions. But the truth is we live in one of the most dog-friendly cities in the United States. There are now more dogs in Seattle than children, by a lot: about 153,000 dogs to 107,178 kids, according to figures from the U.S. Census and the Seattle Animal…read more >
RESCUE • RESPECT • REPEAT